Chief executives and directors of some of the UK's top engineering firms wrote a letter outlining how leaving the EU would affect the industry: 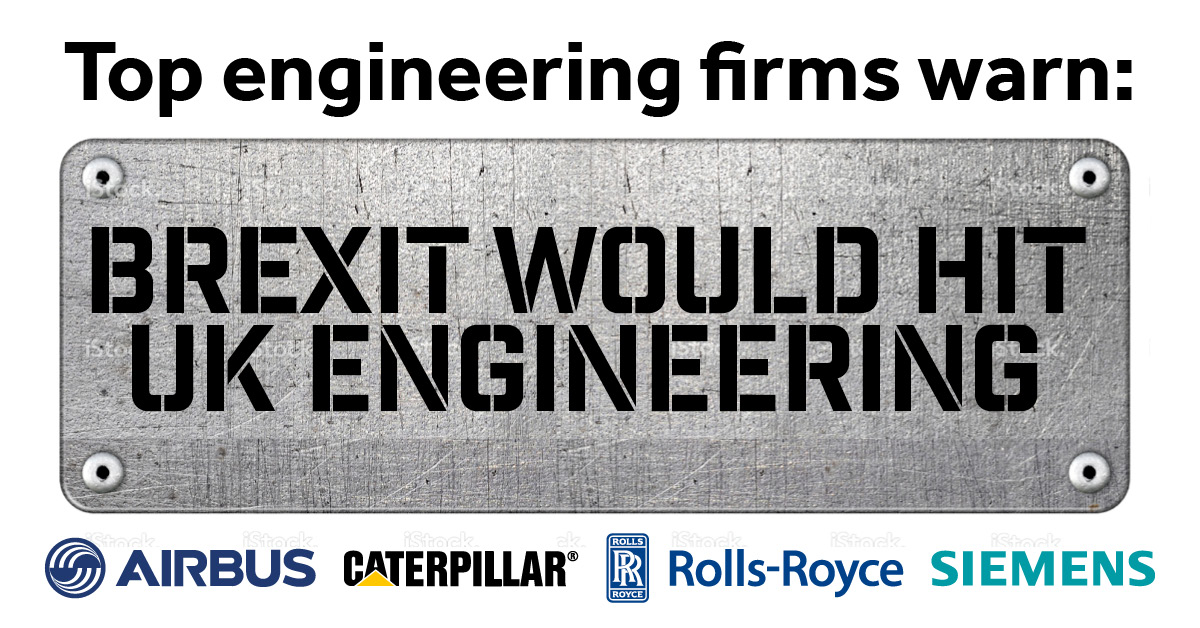 British engineering is deeply integrated with global markets and companies. If Britain votes to leave the EU, the period of uncertainty about the terms on which access to these markets would be granted would be a threat to the sector.

One risk associated with Brexit is an exacerbation of Britain’s engineering and technology skills shortage, as it would be more difficult for companies to recruit engineers from other EU countries. We could introduce a fast-track visa process, but this might be difficult given the tighter border controls anticipated following Brexit.

Engineering and science research could also be put at risk. Britain receives a great deal of EU funding for such research and it is not clear to what extent we would be able to access funding as a non-EU country. More importantly, we would lose the formal collaborative EU environment and the ability to influence the direction of EU research.

Brexit would also weaken our ability to influence global engineering standards. It is not credible for Britain to create its own standards, and in any case this would risk British businesses coming late to some vital new markets.

A final negative consequence of Brexit would be a loss of automatic access to the EU market. Negotiating new trade agreements would take time, during which our trade would be damaged.

Given the considerable challenges already facing British engineering and technology, it is difficult to justify the transition risks the sector would face if we were to leave the EU.