John Mann MP: In your remit, obviously, is inflation. What will the impact be of leaving the European Union on prices?

Mark Carney: Well, in terms of our ability to... there can be short term implications for activity in the United Kingdom, and therefore, for pressures on prices. And there are potentially countervailing forces, there could be lower levels of activity because of the degree of uncertainty that could affect investment and household spending... reasonable expectation during a period of uncertainty. On the converse, there could be movements in the exchange rate which would push up on inflation through normal exchange rate (indistinct) and the bank would have to take an assessment of those forces and their likely persistence in terms of managing monetary policy to achieve the inflation target. The point being that, but I would make this basic point which is that, we have the ability to achieve the inflation target today and we would expect that irrespective of the relationship with the European Union that existed following, if there were, a vote to leave the European Union, that we would have the ability to achieve the inflation target over time given the tools and the operational independence that we have (BBC Parliament 1021). 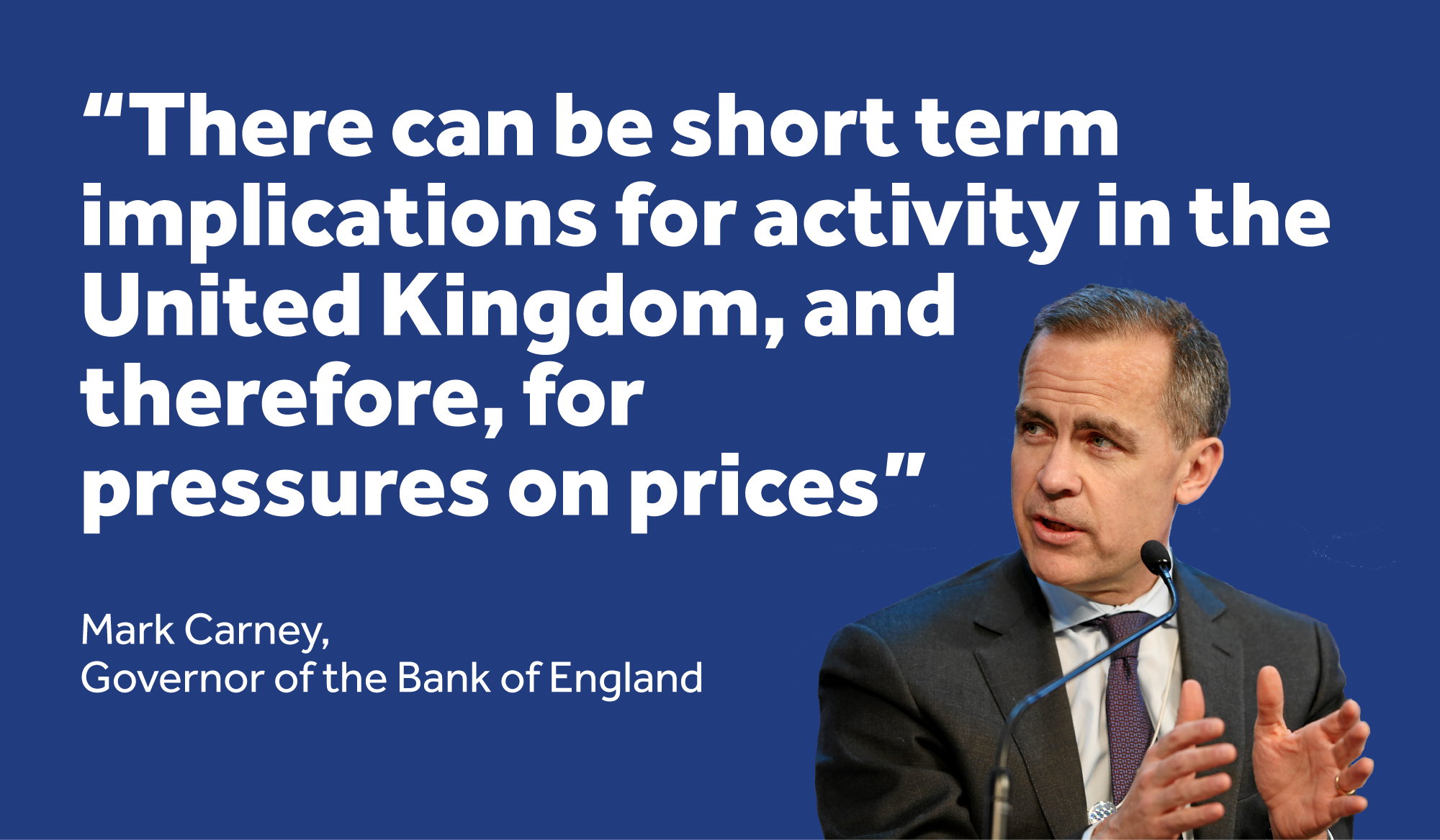