I see the upcoming EU referendum entirely from the perspective of what is best for Britain. 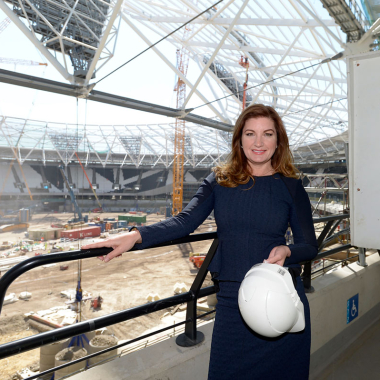 I will vote for what creates jobs in Britain, what boosts our businesses, and what keeps our streets safe.

And I have no doubt that a vote to remain in Europe will deliver the best available outcome for Britain.

The EU is far from perfect and it needs to change, but overall our country already has a good deal in Europe and, thanks to the reforms being led by David Cameron, we can have an even better deal in the future.

As a businesswoman, it seems common sense to me that our country should be as close to our biggest market as possible.

We send half the goods we export to the world’s largest trading bloc right on doorstep and we’ve enjoyed £24 billion per year of European investment in our country over the past decade.

If we left Europe, tariffs and red tape could spring up to make exporting harder and investment scarcer.

This would hurt British businesses and British jobs.

When I hear people who want us to leave Europe run through their list of alternative models – Norway, Switzerland, Canada, even Peru – I feel absolutely no confidence that we would enjoy access to European markets on anywhere near as good a terms we currently enjoy if we left.

Britain is a great country which has always played a prominent role in the world.

We have co-operated with our European partners in slapping sanctions on Russia.

Europol and the European Arrest Warrant let us work with our European partners to fight terrorism. In an uncertain world, Britain is stronger and safer as part of Europe.

Our membership of the EU benefits us every single day. Working mums can thank European rules that guarantee us maternity leave.

Even football fans can thank the EU for making it easier for clubs to bring in top European players – like Dimitri Payet at my own West Ham United.

I know Europe has its problems. Some of the EU’s rules can be overly bureaucratic and bossy; economies across Europe and the world are struggling and we are experiencing the biggest migration shifts across the globe since the Second World War.

But the Prime Minister has been fighting hard for our interests. Anyone who has been in business knows negotiations are tricky – especially when they have 27 other people at the table.

David Cameron has got some very tough negotiations ahead over the next few days but I’m confident he can achieve a good result for Britain.

Based on what we know at the moment, the deal on the table will keep us free of the EU’s centralising tendencies.

It will boost our economy by cutting EU red tape and protect us from the Eurozone’s economic difficulties.

And it will crack down on EU migrants accessing benefits in our country without paying into the system first.

The Prime Minister’s deal will give us the best of both worlds. We will continue to benefit from the great things Europe does, such as being part of the world’s largest free trade area and co-operating in fighting terrorism.

But our immigration system will be fairer; our economy will be protected; and we will be outside the commitment to “ever closer union”. Britain will be stronger, safer, and better off in a reformed Europe.