In a letter to The Telegraph today, 5 former Secretaries-general of NATO agree that we need to "stand shoulder to shoulder" as part of Europe.

As former Secretaries General of NATO, we have followed the British EU debate carefully and with growing concern. Given the scale and range of challenges to peace and stability we collectively face, the Euro-Atlantic community needs an active and engaged United Kingdom.

The European Union, with its 500 million people and significant economic power, is a key partner for NATO. The imposition of sanctions on Iran and Russia, led from within the EU by the UK, has been a striking example of the importance of this union for our security. So has the work the EU is doing in the Balkans, in tandem with NATO, to help stave off instability in that region.

At a time of such global instability, and when NATO is trying to reinforce its role in Eastern Europe, it would be very troubling if the UK ended its membership of the European Union. While the decision is one for the British people, Brexit would undoubtedly lead to a loss of British influence, undermine NATO and give succour to the West’s enemies just when we need to stand shoulder to shoulder across the Euro-Atlantic community against common threats, including on our doorstep. 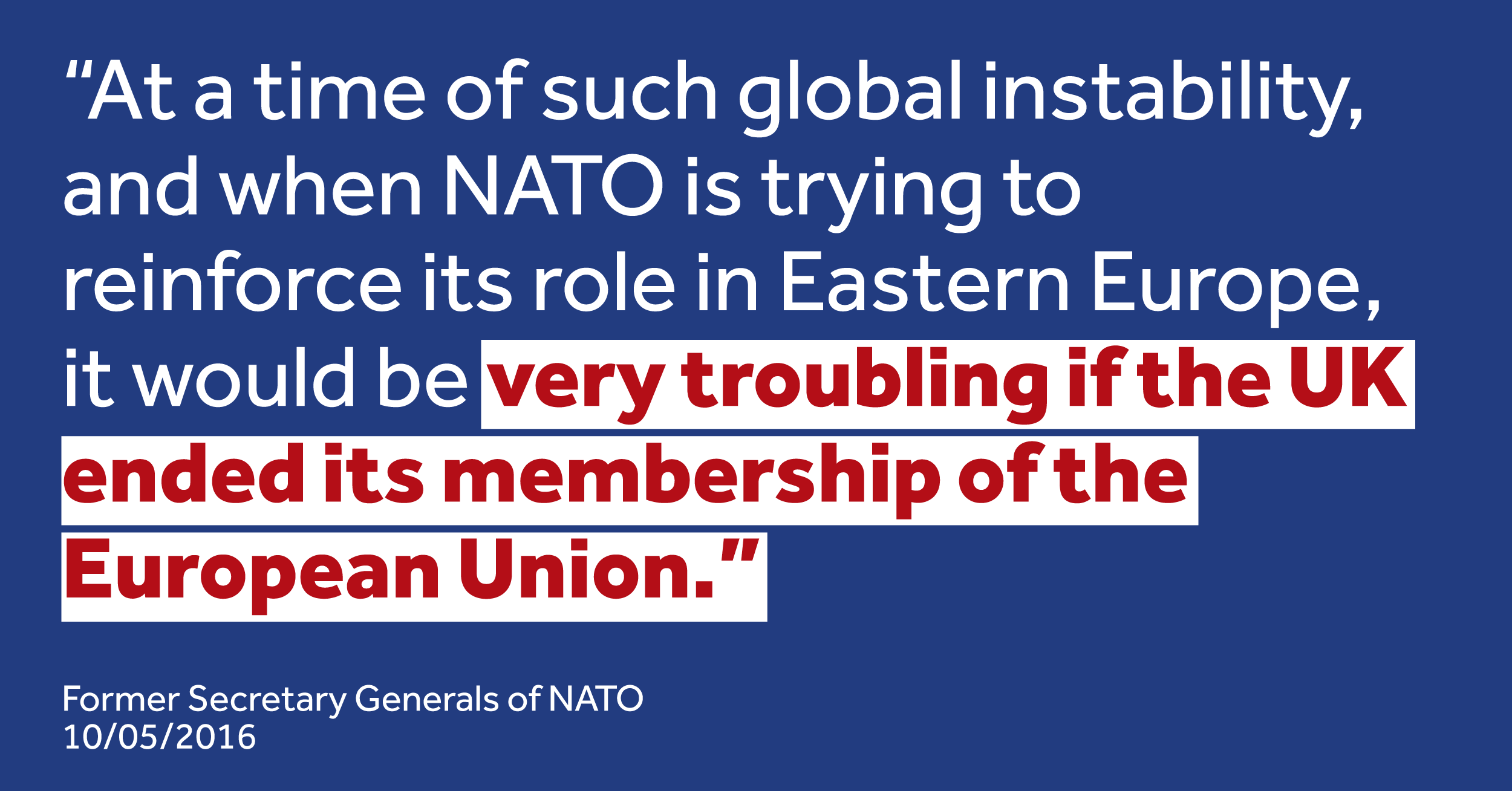