Eight out of ten UK businesses back staying IN Europe

The CBI (Confederation of British Industry) has revealed in a new survey of nearly 800 businesses across the UK that eight out of ten back staying IN the EU, with just 1 in 20 backing a vote to leave.

It said that the majority of firms surveyed said that Britain remaining in Europe was "better for business, jobs and prosperity".

"The message from our members is resounding - most want the UK to stay in the EU because it is better for their business, jobs and prosperity… most CBI members are unconvinced that alternatives to full membership would offer the same opportunities. We have yet to see those who seek to leave the EU present a compelling vision of what this would mean for jobs and growth.”

It’s clear – businesses large and small all over the UK have said that staying IN Europe keeps us stronger and better off. 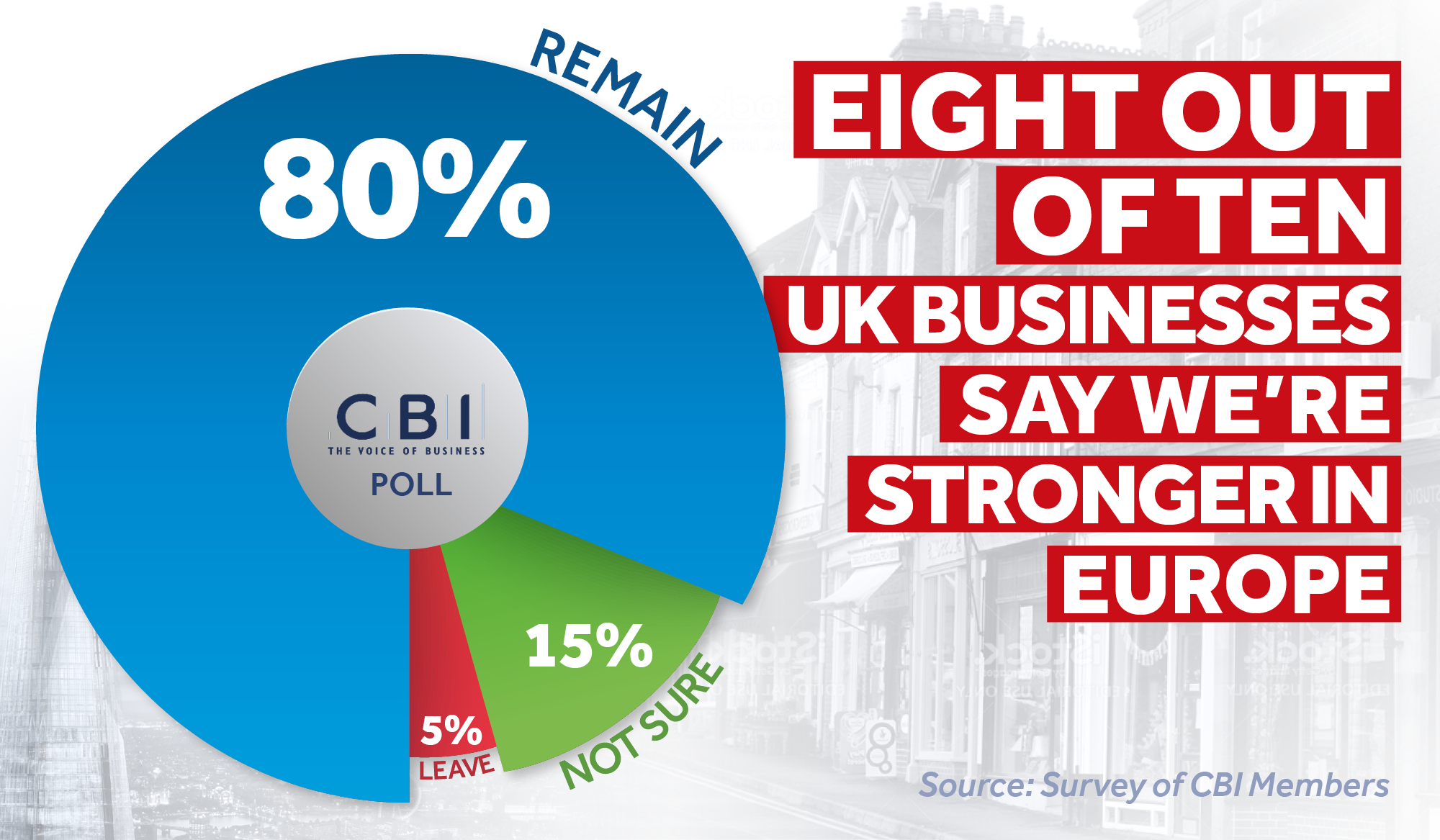