In his speech this morning, Boris Johnson argued that Britain should try to agree a Canada-style free trade agreement with the EU were we to leave, which would put jobs at risk and prices in danger of rising.

He claimed that he wants the UK to replicate Canada's deal with the EU:

“What I think we should do is strike a new free trade deal on the lines of what Canada has just achieved.”
Boris Johnson, 11 Mar 2016, BBC News

This would be a bad deal for Britain because: 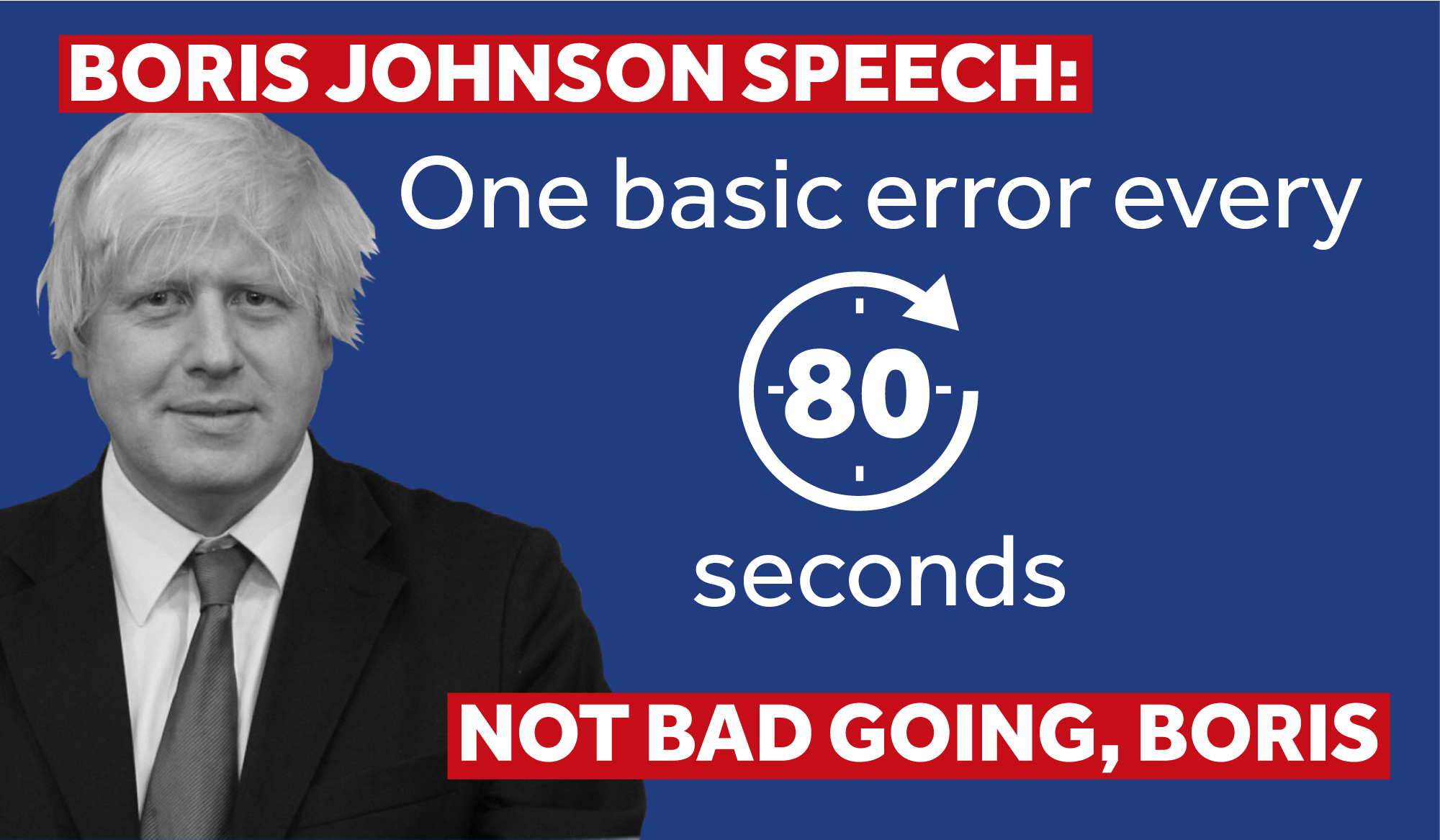 His speech was also littered with factual errors, with about 1 error every 80 seconds, from the details of Britain's contribution to the EU budget to myths about the EU stopping British children from blowing up balloons.

Error 1: Boris claimed that we send £350m to Brussels

Error 2: Boris claimed the single market is not good for the UK

Source: Centre for European Reform, The Economic Consequences of Leaving the EU, June 2014

Error 3. Boris claimed the EU is bad for UK growth

Error 4. Boris claimed that there are EU rules stopping children blowing up balloons

Error 5: Boris claimed we could strike a free trade deal with the US

Error 6. Boris claimed the growth of tech companies “owes nothing to the EU”

Error 7. Boris claimed we wouldn’t face tariffs outside the EU

Error 8. Boris invoked the example of exporting to Korea

Error 10. Boris said we could remain the financial capital of Europe outside the EU