The Leave campaigns want you to believe that the UK could continue to enjoy membership of the single market while avoiding contributions to the EU budget.

Their campaign has been asked basic questions about Britain’s future economic relationship with Europe, but the campaign have been in chaos and confusion. 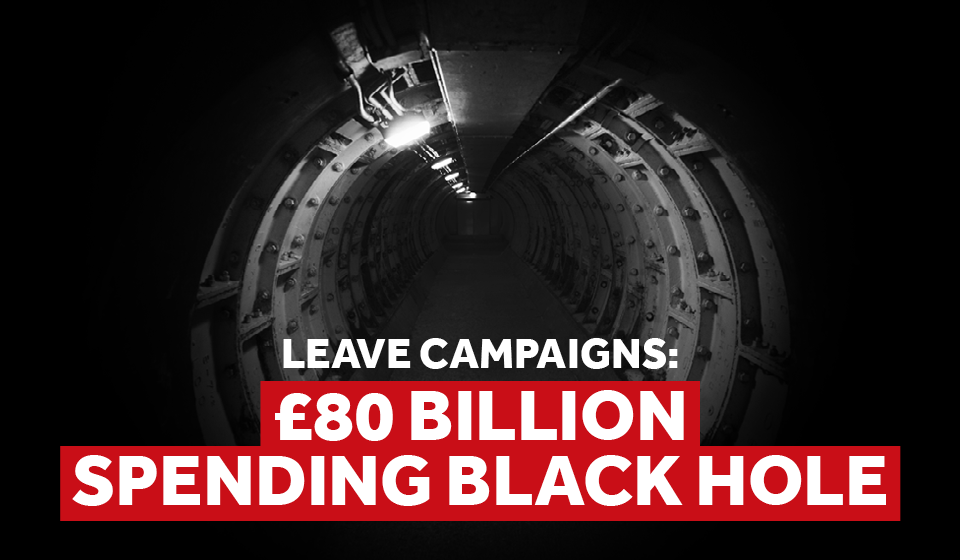 Now, new analysis shows that Leave campaigners have been making reckless unfunded spending pledges. Together they have made 20 separate spending commitments, which total £83.6 billion.

You can read the full report here