Bill Gates, founder of Microsoft, has come out in support of continued European Union membership for the UK. In an interview to the Financial Times:

Mr Gates said he was also worried about the prospect of UK voters in June voting to leave the EU and other signs of Europe turning inward.

“I’m not a UK voter and they get to decide,” he said in an interview with the Financial Times. “[But] the benefits to the UK of being in [the EU], in my view, greatly exceed the benefits of being out.”

To hear what other experts have to say about Britain being Stronger in Europe, click here. 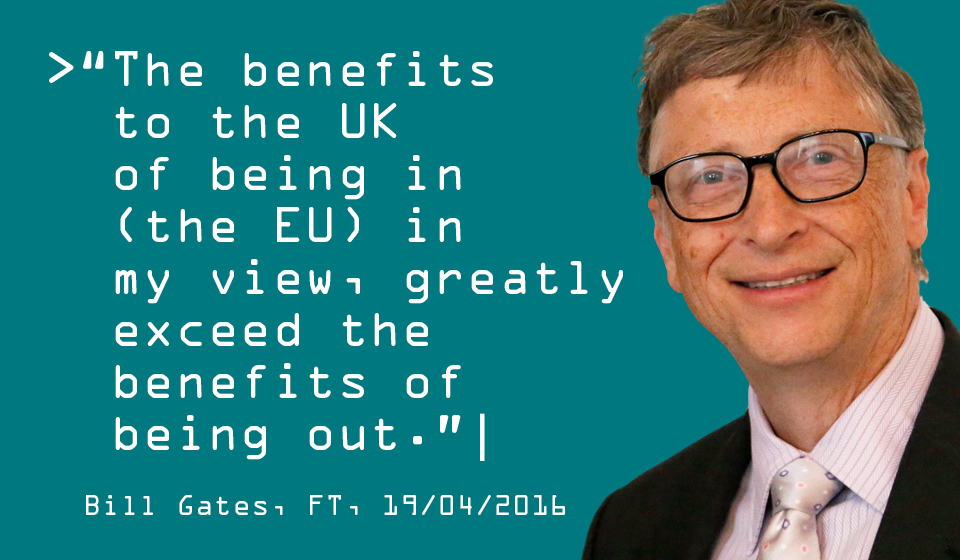